So This Is Christmas? 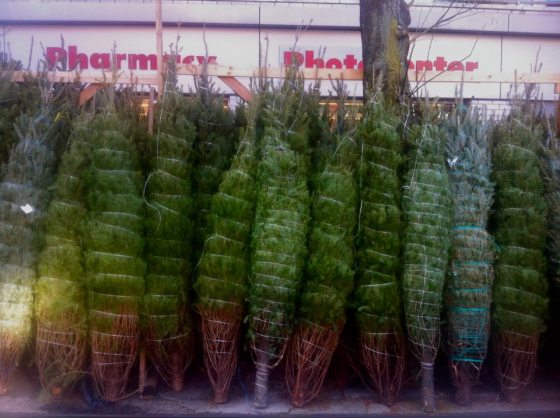 So This Is Christmas?

It’s December and the thermometer is showing it’s over 34 degrees. Yesterday was similar and the day before that was akin to a tropical rainstorm. It’s also just a few days until Christmas – although you’d be forgiven for being completely ignorant of this fact.

Yes, the ads are blaring on TV telling us what we should be buying Dad for Christmas, cheesy Christmas music hums in the background and lasting a shopping trip is requiring survival skills that would rival those of Bear Grylls – but I can’t help but feel Christmas is not quite all around us.

Coming from England, I suppose I’m predisposed to expect Christmas decorations and music to be blasting from shopping centre speakers in October, but I cant help but feel that Christmas is slightly overlooked in Australia.

It seems more like a holiday that happens in the middle of summer, rather than a singular event that defines the month of December as it does elsewhere in the world. Unlike Australia where the sun is (supposedly) shining all month long, elsewhere people are huddled in ugly (but ironically cool) knitted Christmas jumpers, snuggled by a warm fire, clutching a glass of mulled wine to warm their frozen hands. A Christmas without cold weather can sometimes seem like turkey without cranberry sauce – just wrong. Almost as wrong as it would be to sing  ‘Let it snow! Let it snow! Let it snow!’ standing on Bondi Beach in your swimmers. Unthinkable!

Speaking to friends about their plans for Christmas, it’s the family and food that appear to be the common theme. For many it’s the one time of the year where everyone comes together, eats a lot, drinks even more, and gives their fake “I absolutely LOVE it!” performance a very good workout.

For me, Christmas is largely defined by a gathering of relatives and the annual ritual of consuming copious amounts of food. Particularly the latter. For the weeks leading up to Christmas day I spend every night and most days hopelessly dreaming about my dad’s Christmas dinner. The homemade stuffing, brussel sprouts, perfectly crispy roast potatoes, fighting over the last ‘pig in blanket’ and of course the turkey. It has to be said we don’t tend to do things in halves in my family. Which would explain the expression on our local butcher’s face when we requested a 14-kilo turkey this year. And don’t get me started on the size of our Christmas tree.

But nothing goes to waste, and as much as I dream about the food before Christmas, it haunts me in the weeks that follow. There’s leftovers for every meal, disguised in as many different dishes as my dad can think up – in pies, sandwiches, casseroles, soups, stews and even curries.

Moving to Australia, away from all the family that we’d normally share the festive holiday with, the first Christmas was certainly difficult. Everything was different, too different for my liking, and I couldn’t feel any real Christmas spirit around. I became Ebeneezer Scrooge and the Grinch combined – yes, I hated Christmas – no, I didn’t want to decorate the Christmas tree in 35 degrees or have a BBQ when we should be having a full blown roast.

By the time the second Australian Christmas rolled around, I’d started to realise some of the significant perks of Christmas in a warmer climate. For all the films and songs that sing about snow, I had to remind myself that it had never once actually snowed in the twelve Christmases I’d enjoyed in London (although it has managed it without fail every year since I’ve left). It was even quite nice to think that while my friends complained about the grey, miserable and cold weather I could quite happily be lying in a bikini by the poolside. I discovered that there were houses that put on full light displays that could rival those anywhere in the world, I would still bawl my eyes out over Love Actually and that dad’s Christmas dinner would taste delicious regardless of where it was cooked. Year by year, new Australian Christmas customs infiltrated their way into our old traditions

So as Christmas 2012 approaches, I find myself rather excited. I still refuse to have a BBQ on Christmas day and will curse the person who thought of putting Christmas in the same holiday I’m expected to wear a bikini. But I’ll blast the cheesy Christmas music, laugh at the bad jokes, wear those impossible hats from crackers that will fall off every five minutes and enjoy every moment, remembering what Christmas is really about –spending it with the most important people in your life, celebrating what you have and allowing yourself a bit of overindulgence – regardless of your religion, age or the location you spend it in.